I decided to leave Blogspot. Check out my new blog here. I'll still keep this one up in cyberspace.

~Shannon Luders-Manuel
Posted by Shannon at 3:34 PM No comments:

On Wednesday, For Harriet published my article "What it Means to be Mixed Race During the Fight for Black Lives." It quickly took off and has received over 23,000 Facebook shares/likes by the time of this blog post. I'm extremely humbled and honored to be sharing the experiences and viewpoints of so many mixed race people. Today I took the time to read what some of the critics had to say about my article. Here is a general response to the ones that seemed the most common.

"Why is she using police brutality as a platform to discuss being mixed race?"

Response: When I wrote the article, I knew that many of my black and mixed friends were very personally upset by everything we have been witnessing on what is sometimes a daily basis. I felt that if I addressed my feelings about police brutality and racial aggression without discussing my mixed identity, some would say that my feelings weren't valid because I'm not a "real black person." I wanted to be honest about my mixed race vantage point while also doing the cleansing work of writing down my thoughts and feelings about what is weighing us all down right now.

"She thinks she's better than us by saying she has good hair."

"So she only wants to claim blackness when black people are brutalized?"

Response: I claim blackness on a daily basis. If someone identifies as mixed race, it doesn't negate them also identifying as black. As simple as it may sound, a person cannot be a mix of things without being those things. I perhaps simplified it for the article as a way to express my sense of alignment with the black community in the wake of police brutality; however, I am proud to be black every day. That was something that was instilled in me both by my black father and my white mother.

Response: These were the two most common types of criticisms that I saw in the comments, and it reinforces the notion that mixed race people have to make their own identifiers. Many think that those who claim a mixed race identity are turning their back on black people, but what they don't understand is that many black people don't want to claim us because we don't look like they do. Often comments about how we "should" define is only argued after we "do" define, no matter what that definition is. I see it not as understanding or of wanting to claim this mixed race person, but rather as stating that the person doesn't have the right to claim themselves.

"Why is this important?"

Response: There's really no great way to explain this to someone who isn't biracial. The bottom line is, it isn't important at all. The only reason it becomes such a deep seeded and heated topic is because other people think it so important. If mixed race people were accepted for who they are, there wouldn't be a need to assert our identities. And like I said above, it's not a matter of what we assert but that we assert in the first place, which seems to get so many people upset.

I opened blogger to upload my video but ended up writing these responses instead! I guess I had a lot to say! For more information regarding my article and my stance, check it out below. And thanks for listening!

Well, I stopped doing my Hairstyle Challenge, as I am camera challenged when it comes to getting good photos. And... I got a haircut instead.

But, I'm still posting. Here is a collaboration I did with photographer Kimberly Abruzzo about the Kingdom Day Parade in Los Angeles, and here is a link to a new blog I created called MixedMemes!
Posted by Shannon at 10:14 PM 3 comments:

One thing I'm learning about my 10-Day Hair Challenge is that everyone's hair is different. Neither of my styles have looked exactly like the ones from the tutorial, but they still provide enough of a change of routine to make it worthwhile.

Today I did hairstyle #5. The vlogger's hair seems to be a little less curly than mine, so whenever I do her cool side styles, most of the actual style gets lost in a sea of hair.

As you can see, the actual details from the style aren't that visible. But the effects were more than I expected. Wearing my hair in a different style, even if noticeable only to me, gave me a feeling of purpose and of rediscovery. One thing I've learned so far from my move to LA is that while your interior will never change (both for good and bad, but I'm stressing the good), your exterior is something you can always reinvent and should present with purpose and bravery. It's a canvas on which to design the reflection you wish to present to the world. Some wear "Picasso," others wear "Kahlo," but those who seem the most put-together know that the body is a work of art and should be adorned accordingly.

I didn't expect that this 10-Day Challenge would result in soul-searching revelations. I merely wanted to stop being lazy and try something new. But, of course, that's when revelations usually occur.

Side note: Today is the day of the Ferguson verdict so I feel slightly shallow for posting on such an awful day. My heart is definitely with my brothers and sisters as we continue to demand that our voices be heard.

A few days ago I spontaneously visited a friend in my building who had just put on flexi rods. She was a little embarrassed, but as a fellow "natural hair sister," I understand that our unflattering hair care regimen often leads to quite flattering results. Not to mention, her enthusiasm to try something new gave me a kick in the pants, as I've been donning the same two hairstyles for a coupe years now.

I checked out a YouTuber that the friend recommended, Mo Knows Hair, but decided that at least in regards to that particular video, the styles were a little too sophisticated for "little ol' me." But it did prompt me to further my search, and I came across this video of "10 Styles for Short Curly Hair." I'm guessing this vlogger is in high school, but her "cutesy" styles definitely fit my personality. I scanned through the video and decided to assign myself a 10-Day Challenge: I'll try each of her 10 hairstyles over a period of 10 days. Granted, I may not actually do them 10 days in a row, but I'm definitely committed to trying all of them. (Though two are my go-to styles, so those will be cheat days.) 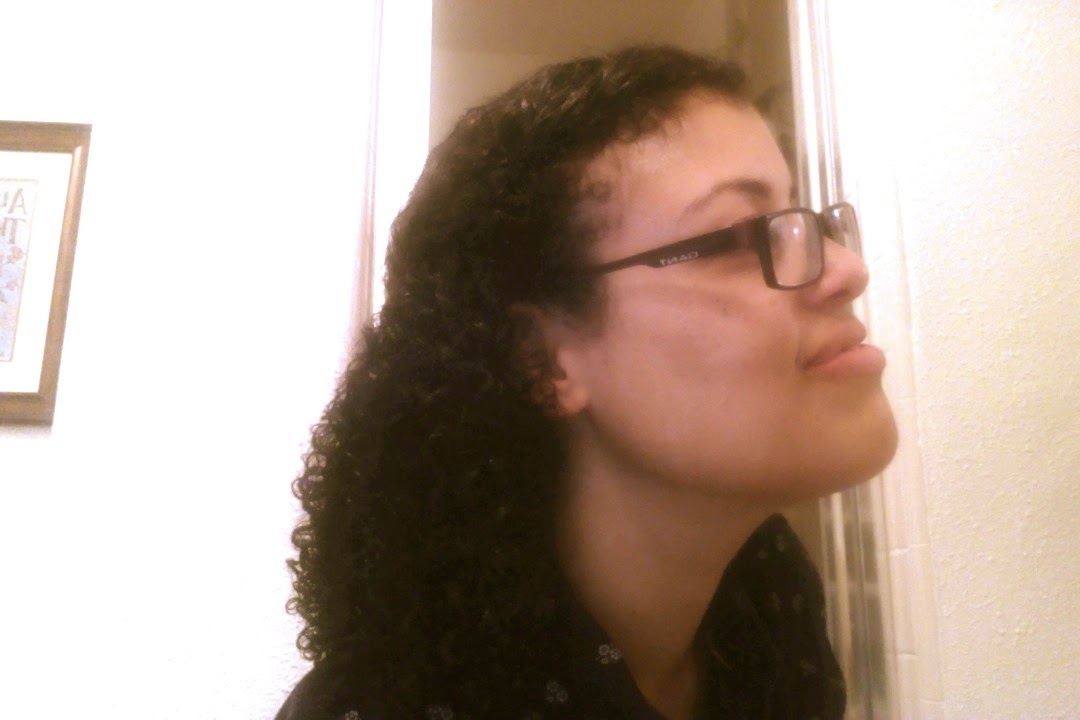 It's hard to tell, but this style has two side french braids that come together in the back. For some reason it's much easier to do a normal french braid than a side one, and the style looked good until my hair dried lost about 3 inches of length. But, a good style to keep toying with and to use maybe on Day 6 (the number of days between washes, where with each subsequent day the hair has more essential natural oils, i.e., is less frizzy).

Stay tuned for the next new do!
Posted by Shannon at 8:54 PM 1 comment:

The Mixed Remixed Festival, formerly known as the Mixed Roots Literary and Film Festival, is holding their annual gathering at the Japanese American National Museum on June 14th, 2014. The festival is hosted by author Heidi Durrow, of The Girl Who Fell From the Sky.

I am listed among the featured writers for this year's event. Come see me present an excerpt from Hambone, an in-progress memoir about my life with my father.

Shannon Luders-Manuel is a native of the Bay Area in central California and lived her first two years on San Francisco’s famously diverse Haight Street with her black father from Missouri and white mother from Marin County, California. She received her Master’s degree in English Literature from the University of Massachusetts Amherst, where she focused on identity formation and the role of the white suitor in the “tragic mulatta” narrative. Shannon was a founding member of the all-inclusive Meetup group “Sisters and White Misters” located in Alameda, California, and is proud of her multiracial extended family which includes spouses and partners with ethnicities from around the globe. Shannon’s previous literary works include a postcolonial analysis of the Elizabeth Smart kidnapping case in Vanderbilt University’s online academic journal, AmeriQuests. She is currently working on a memoir entitled Hambone about her relationship with her deceased father.
Posted by Shannon at 2:13 PM No comments:

Diversity Consciousness: Opening Our Minds to People, Cultures, and Opportunities

There is truth to the adage, "Good things come to those who wait."

An article I got published on Teaching Tolerance magazine's website has shown up on many other diversity websites throughout the years, and has now made it into a textbook published by Pearson. 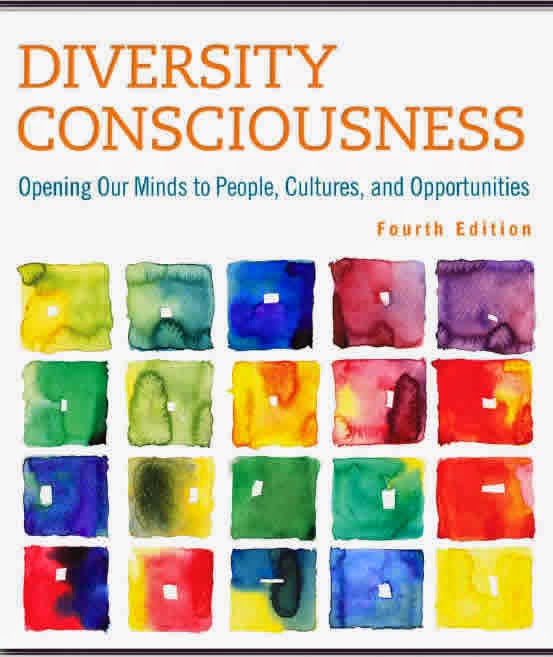 I look forward to purchasing this book in the very near future and seeing what other gems it holds.

Posted by Shannon at 1:59 PM No comments:

Shannon
Los Angeles, California
Shannon is the daughter of a black and ancestrally Mexican man and a white woman who lived on Haight Street (San Francisco) in the 70s. She received her Masters from the University of Massachusetts, Amherst with a focus in biracial literature. Shannon works as a freelance writer, editor, and tutor.

"The thing I love about all the posts that Shannon writes is her uncanny ability to walk with one foot in both sides of the dichotomized world many of us choose to perpetuate." -- Kyle S.